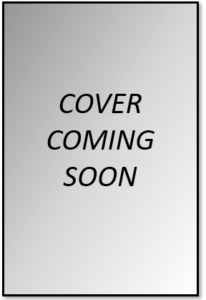 Raleigh Buckler’s perfect life in rural St. Mary’s County, Maryland, has just come to a shattering end.  Her naval test pilot husband, Grant, has been killed in a flight accident, and Raleigh is left to pick up the brittle shards of that life.  She prefers to stay hidden away in her grief but is unwillingly dragged out of it by the contents of her husband’s will.

Grant has left Raleigh Buckler’s Bluff, a house she didn’t even know he’d owned.  The last known owner was a distant uncle of Grant’s, William “Junior” Buckler.  Junior was from the “other side” of the Buckler family.

Raleigh learns from an old family scrapbook that Buckler’s Bluff is a river front estate with a history as a stop on Harriet Tubman’s Underground Railroad.  Given that Tubman lived on Maryland’s Eastern Shore, it is an exciting—but not necessarily surprising—revelation.

This seemingly noble background is darkened as Raleigh discovers that the house’s story as a safe house for escaping slaves is just the beginning of its dark and winding history.

Although the house is seemingly empty and long-abandoned, there is a single glorious bed chamber containing a set of elaborately carved furniture inlaid with a variety of scenes.

Raleigh sets off to research the origins of the furniture pieces and what they mean.  Her search takes her to the descendants of the original cabinet maker, other Buckler family members, and on a trip through St. Mary’s County’s history.

Raleigh’s in-laws, “Pop” and “Mutzi” Buckler, express surprise at Raleigh’s announcement regarding Grant’s ownership of the estate, but they know more about it than they are willing to reveal.  The family’s honor must be protected at all costs, and they will go to great lengths to keep Raleigh in the dark.

Trey Buckler, Grant’s brother, has recently become enamored with his new girlfriend, Barbara, and just wants to forget Grant’s death.  Barb has fallen in love with Buckler’s Bluff and Trey hopes Raleigh will sell him the house so he can live there with the woman he wants to marry.

Barbara Costello seems to be a ideal addition to the Buckler family.  A kind and generous cancer nurse who wants nothing more than to befriend Raleigh and help the widow out of her grief.  But are Barb’s intentions toward Trey more sinister than that of perfect girlfriend?

Raleigh meets Magda Raley, owner of a neighboring house to Buckler’s Bluff.  Magda has long lived in St. Mary’s County and hints that Raleigh’s new home has always been a bit strange.  In truth, Magda has special knowledge about the house and is determined that no one should live there again.  How far would she go to ensure that Raleigh stays away?

Derrick Jonson and his father, Ezra, are cabinet makers and descendants of the slave who built the bedroom furniture.  Derrick is as obsessed with retrieving the historic pieces as his father is at never having anything to do with it again.  Can Ezra prevent his son from doing something he will regret?

Raleigh makes a visit to Buckler’s Bluff one day and wanders down to the river to inspect the crumbling pier.  In a sudden moment of overwhelming despondency, Raleigh starts wading into the frigid waters, wondering if she can numb herself to her grief…permanently.

She is startled out of that desire by the realization that someone has come from behind and is trying to push her beneath the water’s surface.   She goes unconscious.

Raleigh is rescued from the water by a passing rugged waterman, Kip Hewitt, who happened to be out fishing for large-mouthed bass, a fish available in the cold winter months, to sell to local restaurants.

At least, that is his claim.  But Raleigh is certain that someone had attempted to drown her.  Had it been Kip, who then had an attack of conscience and rescued her at the last moment?

But what motive would this stranger have to murder the new owner of Buckler’s Bluff?